Welcome to the Big Noise!

From 1903 until now...Thousands of Miles and Millions of Smiles!

With the 2022 season in the rear view mirror, the Scottville Clown Band is taking a short break before putting focus on the upcoming 2023 season of music and fun!

If you wish to include the Scottville Clown Band in your 2023 event, please see our booking request page.   Our board will begin the scheduling process at our January 2023 meeting so don’t get left out!

“The Big Noise from Scottville” is what this band is often referred to. One of the favorite numbers performed, among many, is called “The Stripper”, it really gets the crowd on their feet. The Scottville Clown Band is known for their colorful attire and crazy antics. The band members come from all over Michigan and over 14 other states, from California, Tennessee, Florida and even New York. The members are a very diverse group, some doctors, firemen, police officers, bankers, and realtors. This hilarious group of very talented musicians come together many times throughout the year to share this passion for entertaining crowds and travel all over Michigan to strut their stuff.

Do you have interest in playing with the Scottville Clown Band?  For more information, click the link.  Guest Musicians 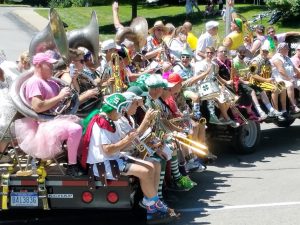 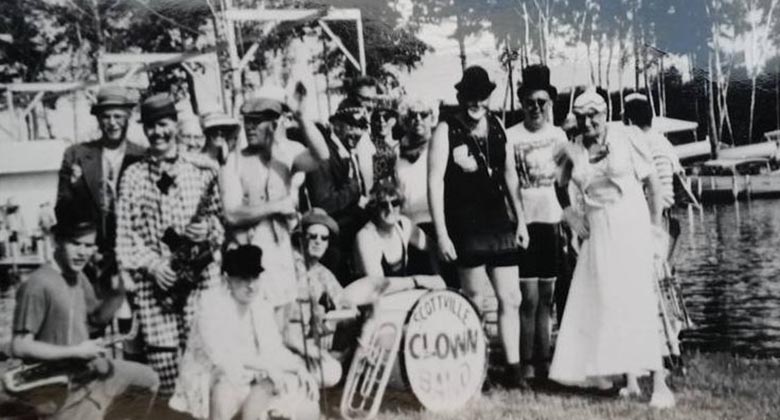 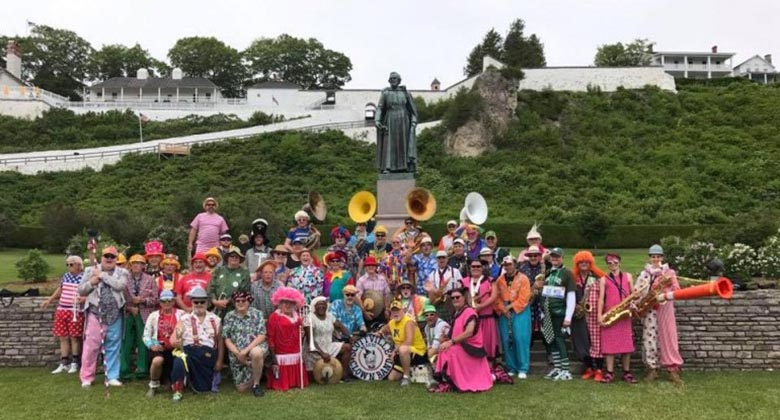